I spent 4 days in Krakow Poland last week. I give it full marks as a short break destination and I did not visit the two most well known tourist destinations, the salt mines (from which Krakow got its medieval wealth) and Auschwich-Birkenau the notorious concentration and death camp of WW2.

I did of course go to the National Museum which contains 20th century Polish Art. A dreadful century for the Polish nation. The art had a bleakness strongly tempered by defiance. None more so than this work  that shows the greatest extent of the Polish nation painted at a time when the national borders had shrunk and been under oppressive foreign rule for over 40 years.

Maps can be powerful symbols of identity that point to conflict, brutalities and crimes of violence, but also heroism, cohesion and the undying human spirit in the face of tyranny.
Posted by Paul at Wednesday, December 04, 2013 No comments:

The Golden Thread of Policing is Geographical

"The ‘golden thread’ running through our analysis and proposals is that the local policing
area is the core unit, and building block, of fair and effective policing."
This  to me is the defining statement of the Lord Stevens lead report entitled "Policing for a Better Britain" (publish yesterday) and one which I totalling agree with.
I served on five Commissioners in my 30 years in the MPS. Stevens was head and shoulders both physically and in policing terms above the others. So anything he is involved in I take seriously, though the conclusions of the Diana Death and Northern Ireland Enquiry I do not necessarily agree with. But in this one there are no establishment to protection issues which to me cloud matters in the other enquiries.
I will read this with interest as my recent research has primarily been on the performance and accountability of this core unit of policing. 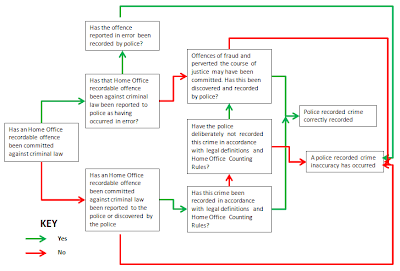 This is a flow diagram that shows why many crimes are not accurately recorded in the police recorded crime statistics. Firstly, made crime are not reported to the police or discovered by them. Among those that are reported are ones which are made-up by the public, usually for insurance fraud purposes or they assumed a crime took place when it never did, for instance losing credit cards on a night out. Then even if a crime occurs police deliberately or in error do not record it properly, or to use the jargon do not classify it correctly.

This leaves aside the complications of legal definitions, Home Office Counting Rules and Home Office Crime Categories which run rings around what may appear to be common sense.
Posted by Paul at Sunday, November 24, 2013 No comments:

The problem with crime statistics is people think they understand them

I have been a police officer for 30 years; I have run a crime desk at one of the busiest boroughs in the country; and I have studied England and Wales crime statistics intensively for over four years in order to gain a PhD from one of the top Universities in the world. And I am quite happy to concede that there may be some hidden subtleties about Official Crime Statistics that I am not aware. But I am convinced that there are many politicians and many members of the public who think that they fully understand them.

These blissfully ignorant people have had a rude shock this last when people with a little more understanding than them have revealed that crime statistics need to be interpreted with extreme care. The police manipulate them (in my view against their best interests, showing they too do not fully understand them, as the way to justify more police is more crime), the Home Office and the politicians in power connive in this manipulation and count and categorise crime to deliberately mislead the public (because they want less police and undeserved credit); and the public too are complicit by falsely reporting crimes for insurance and other purposes and not reporting crimes that they should.

I understand Simon Jenkins point of view in his Guardian article Police crime figures are meaningless. Ban them. He extols the virtues of the British Crime Survey statistics, the other half of the official crime statistics which also need to be interpreted with extreme care.

The fact is police crime figures are not meaningless. Lying buried within them there are many important facts, but not the ones police, politicians, journalists or the public are going to understand anytime soon.
Posted by Paul at Saturday, November 23, 2013 No comments:

The geography of sex offenders - the modern day lepers

This is a very difficult subject to write about without being misunderstood. Fortunately this excellent article does not need explanation other than to say it is all about fear, crime and mapping. 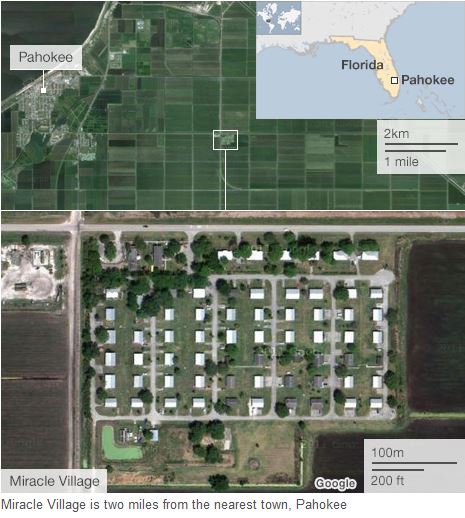 Replacing CRIS and CAD and all that

Multi-million pound first generation operational police information systems are coming to end of their natural lives. These legacy systems are based on 1970-90s mainframe technology and software. They are characterised by the way they duplicated functionality of the paper-based systems which they replaced. This is the reason why there are entirely separate systems for crime, major investigations, criminal records, vehicles, police response to incidents, custody, missing persons, property, case papers and intelligence to name the more obvious. They cause operational police officers to spend so much time in police stations doing paperwork  because each system is updated separately.

There is good news and good news. The replacement of the legacy systems provide a unique opportunity for police forces to save money and make policing more efficient and effective at the same time.

How do police save money? Simple, they have an opportunity to get out of the multi-million pound annual cost of running and maintaining the legacy systems. New systems are much cheaper to run than old ones. We all know that. I can remember back in the mid 1980s when houses that now sell for over £300,000 went for £30,000 and video recorders cost £700 each. Police forces are maintaining the equivalent of £7,000 video recorder information systems when something far better can be purchased for £50.

Secondly, how can police become more efficient and effective? This is equally simple and obvious. Operational policing is not actually separated into different functions. Policing is one big consistent function. The reason why an incident is deemed to be a policing matter is because there is a crime or disorder aspect to that incident. Incidents are therefore the front end of crime recording and investigation. Crime investigation is a fundamental source of intelligence. Crime investigation and proactive policing requires intelligence and both require prevention strategies to be efficient and effective. Crime, custody, intelligence and case papers are equally all part of the same overall process. This leads to the second generation concept of big data and a single database  in the “cloud”. The cloud architecture  allows police information systems to be developed and maintained as a service, again reducing costs, and importantly enabling changes to be made with improvements in technology.

In the past computer performance and memory capacity  encouraged silo databases; lack of confidence, expertise and imagination resulted computerised paper-base systems.  These systems where not based on policing in the round.  Policing in the round has basic building blocks.  Firstly those described by Problem Oriented Policing (POP) of the essential elements crime/disorder , Offender, Victim and Location.  Secondly those described by the National Intelligence Model  (NIM) of the interlocking processes of Intelligence, Prevention and Enforcement as methods of tackling that crime/disorder.

These building blocks need to be the basis of the big single dataset. All data should be collected and used for all three NIM processes; Intelligence, Prevention and Enforcement. The databases should follow the POP model of Offender, Victim and Location in an expanded form to include time, commodity (e.g. stolen property and controlled drug), and evidence (including identification and forensic) with the connecting strand of police investigation and case management and prosecution.

Crime/disorder and policing are geographic. One of the elements sacrificed in the first generation of police information  systems was the precise and accurate recording the occurrence of crime/disorder and policing activities. Location and time information are essential to the three elements of the NIM; Intelligence, Prevention and Enforcement. New mobile tablets enable locations and time relating to police activity be precisely and accurately recorded with the aid of Global Positioning Systems (GPS). These mobile tablets allow real time recording of investigations providing push/pull information and the efficiency of single entry information. This means that police officers can be provided with details the victim of crime that has been recorded at a police call centre and given other background information (situational awareness) –the push: and request more specific information - the pull. The process of reporting is a simple series of screens appropriate to the crime and gathering of photographs and sound as appropriate by the tablet. Once that is entered into the big database in real time it is available for supervision and further work by colleagues.

This leads to another important aspect of modern policing: police performance and police accountability to the general public. The real time situation awareness obviously aids appropriate responses to vulnerable and repeat victims but this goes beyond that to spatial-temporal analysis of the public’s demand for policing and the way in which police respond to that demand. The comprehensive recording of that public demand and the police activity in response to it that is feasible in second generation big data systems allows sophisticated analysis to take place that can be made available to the public.

Lastly the real challenge in the next two to five years is the transition phase between the first and second generation systems. On the technical side, legacy systems need to be phased out seamlessly to the user. This requires bespoke software systems that allow data to be migrated to new hardware whilst maintaining 24/7 functionality. This software ideally needs to be open-source to minimise licensing costs and allow co-operation between service providers.

Unlike the previous survey this is one I designed myself and should take you less that 5 minutes to do. It will help me in my research so please complete it Click here to take survey It is about Police accountability and the need for my geo-policing classifications. Thanks
Posted by Paul at Sunday, February 17, 2013 No comments: